Pale as the moon and lovely as the twilight sky, the calla lily is a popular bloom here in the United States. According to Calla Lily Guide, the Calla Lily specifically originated in from South Africa to Malawi, right on the northern border of Madagascar. So it comes as no surprise that the Calla Lily prefers a tropical climate with consistent temperatures. Without a harsh winter, the Calla Lily can perennially bloom with the right amount of food, drink, and energy. 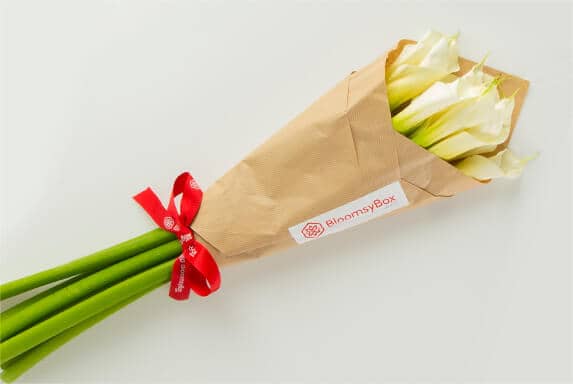 Interestingly enough, the calla lily isn’t a lily. The word “calla” is now defunct plant genus. Officially, the Calla Lily falls under the zantedeschia genus, and is scientifically known as zantedeschia aethiopica. In the South African language Afrikaans, the calla lily is known as the “Varkoor.” Varkoor means pig’s ear, a title that no doubt corresponds to the calla lily’s shape. Despite its many names, most of us know in the states know the flower as the calla lily.

While we’re not entirely certain as to when the lovely calla lily made its way from Africa to Europe, the plant did appear in a 1664 illustration of Paris’s Royal Garden. Life imitated art, and soon enough the calla lily spread with wild popularity across Europe. The plant’s perennial nature made it easy to grow, plus it was considered robust, and of course, beautiful.

According to Yale Press, in the 19th century the calla lily came to our very own United Sates. In America, the aesthetically pleasing flower became an object of fascination for American artists, including painters, photographers, and drawers. Famous floral painter Georgia O’Keeffe was a particular fan of the calla lily. Due to her numerous, often sexually charged depictions of the calla lily, O’Keeffe even became known as “the lady of the lilies.” Other artists who were fans of the calla lily include Marsden Hartley, Joseph Stella, Edward Weston, and Man Ray.

Besides its obvious beauty, why did so many artists gravitate toward the calla lily? Well, the answer is no coincidence. Sigmund Freud, the father of psychoanalysis, was the person to interpret the calla lily in a sexual manner. Heritage Garden UIC states, “Freud depicted the plant sexually and regarded the flower as having deeper meanings and interpretations than how people comprehend it consciously.” We dare you to think about the calla lily the same way!

Victoria Advocate explains that even Venus, the gorgeous Roman goddess of love, felt threatened by the exquisiteness of the calla lily. Her curse upon the flower is said to be the reason a pistil grows in the center of the petals. 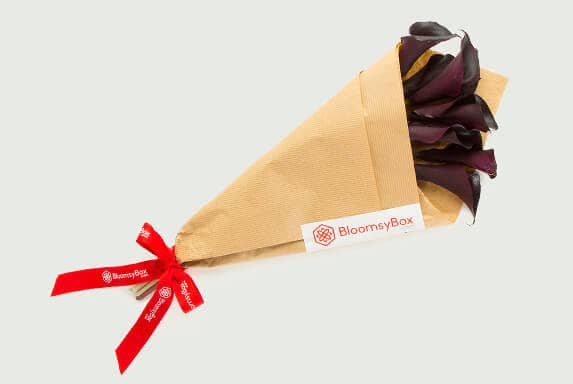 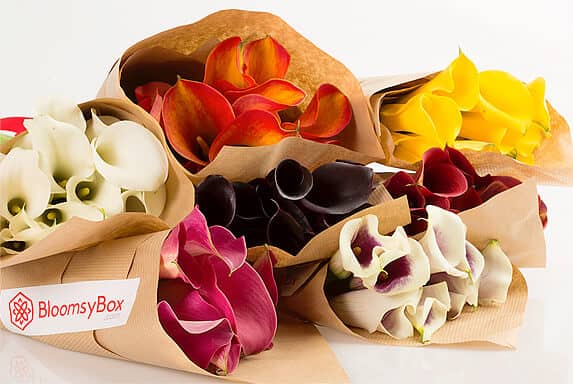 Besides its sexual implications, the calla lily has several meanings. One is arguably the opposite of sex: Jesus’s resurrection! That’s because the calla lily typically blooms around Easter. Perhaps this is also why the white flower is often shown in representations of the Virgin Mary or the Angel of Annunciation. This interpretation of the calla lily associates the flower with purity, religiousness, and holiness.

Calla lilies are also used as sympathy flowers, perfect for bidding farewell to a dear friend or family member. Their simplicity is perfect for symbolizing the purification of a soul departing from the earth.

Although calla lilies are commonly known as being white, they come in several different colors, including yellow and purple.

In addition to their spiritual association, white calla lilies’ purity makes them ideal for weddings and baby showers. In fact, calla lilies are particularly popular for bridal bouquets.

Yellow calla lilies symbolize gratitude. As many yellow flowers represent friendship, one beautiful way to present the yellow calla lily is in an arrangement with yellow blooms. This way, you are expressing a friendship of gratitude.

When it comes to flowers, the color red typically symbolizes passion, but not with the calla lily! Purple calla lilies are blooms of royalty and deep feelings, perfect for expressing your deep devotion to someone.

Activities With The Calla Lily

Given that the calla lily has been a favorite subject amongst artists for decades (if not centuries), why not play your very own calla lily art game?

Gather a single calla lily and place it in a glass vase. Have various artist materials (paper, pastels, pens, paints, etc.) ready. Then, create a depiction of the calla lily in front of you. It doesn’t have to look perfectly realistic, or even realistic at all. You can even make an abstract work of art that looks nothing like the flower in front of you, but succeeds at capturing its meaning – whatever that may be to you. Invite several of your friends over so you can each create your own calla lily masterpiece. Then, compare your works of art with each other. Remember, there’s no right or wrong way to do this, so just have fun!

Play this fun stream of conscience game with one or more of your friends. The fun can go on for hours!

Freud has his own interpretation of the calla lily, and now you can have yours. Gather a calla lily (or two) and place them in a vase. Sit down with your friends (ideally 3 or more) around the flowers in a circle. Each of you should have a piece of paper and a writing implement.

1) Write down the first thing that comes to mind when you look at the calla lilies. After each person is finished writing something down, they should raise their hands.

2) Do NOT have everyone show what they have written down. Instead, have each person pass their piece of paper to the person next to them. That person should then fold the paper in half and write down a word they associate with the last word written.

3) Repeat the process by continuing to pass the paper, always folded so that the next person can only read the very last word before their turn.

4) Repeat this for as long as you want, or until the paper gets too small to fold. At the end, unfold each piece of paper and look at the crazy journey your minds have taken you on!

Caring For The Calla Lily 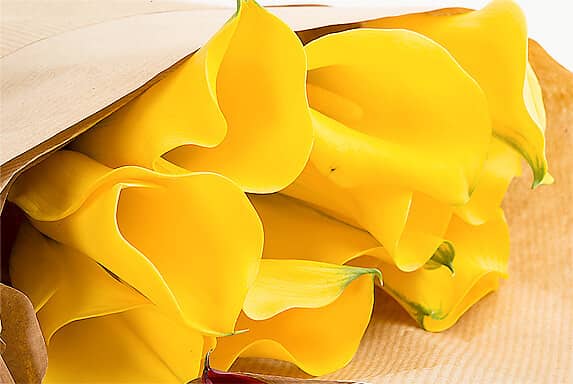 There are several steps you can take to keep your calla lilies fresh in the vase. In this case, we’ve delivered you mini calla lilies, which can be cared for similarly to normal sized calla lilies. According to Homes Guides, one of the first things you can do is rinse a bucket clean, then fill ½ to 2/3 of the bucket with warm water. Mix the water with your BloomsyBox feed.

Finally, remove the calla lilies and place them in a clean vase that’s about halfway full with